Our Brains are Born to Believe

Our brains are born to believe. Especially what we want to believe. What motivates this? We arrive at beliefs through our own emotions.

Emotions provide a direct behavioral motivation for decision making. What are the emotional and psychological needs we need? Self actualization & the desire to be loved. A desire for control or the illusion or sense of it. This tends to add beliefs in superstition. A desire for simplicity over much more complicated realities. It’s easy to stereotype things at this point.

Looking for one answer to explain everything never actually solves anything.

Obviously, this doesn’t work because reality is more complicated than we think. A need for self esteem is important too. Humans are intensely social animals. We seek attention to fill our own senses of self worth. A bit of ego motivates us to interpret the world that is favorable to a group or individual ego.

Salesman can exploit our common needs by getting a customer to support a need. Getting the buyer down to the last objection is key in this type of approach. It makes a person appear inconsistent in their decision making processes. Cognitive dissonance involves two beliefs that conflict with each other. It motivates us to resolve a conflict. One or both must be correct in some way. We also update these beliefs when we invent reasons to resolve the conflict.

Another emotion is our innate sense of justice.

Reciprocation is common. Our brains really are born to believe. It constantly evolves our emotional senses into what is right or wrong. A sense of essence is involved. This is where inanimate objects can appear to have a sense of history giving it a priceless quality.

Concepts of spiritually, animus chi, prana, etc. involves essence and goes beyond the material. We process living things through emotions. Also, a sense of the supernatural gives us a need for connection to something profound and greater than ourselves and our collective on Earth.

All this affects our behavior. Psychologists do influence public behavior. They rely on ignorance to feed us answers. They inundate people with information so they can use their reason to arrive at a pre-determined outcome. Another social engineering technique is to use fear as a motivator. Using drama and emotional argumentation to fire up an audience is the norm of the day. Social peer pressure is another technique involved.

Learning to use the tools associated with psychological control is what society should be looking for.

Critical thinking skills are key. Grammar, Rhetoric, and Logic is a foundational starting point to begin the process of using your mind, heart, and soul to identify & overcome the wrong emotional needs that give us all negative distress.

Being more aware of the filters (political, scientific, religious, media, etc.) involved in our behavior process’s can help an individual understand themselves and others to a greater degree.

Emotional intelligence is understanding the difference between our motivations and our decisions plus relieving cognitive dissonance with rationalization. Transcending our monkey brains to the more critical frontal lobes to make better decisions instead of letting our emotions rule the self.

Our brains are born to believe: Errors in perception

Our perceptions are limited. They cannot take a snapshot of a scene and store it all in memory for later playback with scrutiny. Magicians have developed a practical knowledge in how to deceive people right in the face. So have lawyers and scientists. They have developed their own jargon that leaves most of the public looking to them for confirmation of what is right or wrong.

This knowledge can also be used for nefarious purposes. This reminds me of the old saying ‘ignorance is not an excuse’. This only works when ignorance itself is actively taken advantage of by those who would hold knowledge from others. Who’s fault is it at that point? Those who are ignorant really do have an excuse.

Artists have also learned to play with perceptions. Using perspectives and abstracts to widen the range of human perception. Turning 2D canvas’ into 3D illusions. Practical optical illusions are a great example of the constructed aspect of our sensory input. These are usually misconceptions of reality. This falls into the realm of psychological realities perhaps even some moral ones as well.

Verisimilitude: Our brains are born to believe

Constancy are objects in the world that are stable. Optical illusions can exploit our 2D visual perceptions. Giving a a reasonable 3D version of what is seen. Ambiguous stimulus is where the brain can construct the image in more than one way. After images adapt to lighting and color and when its changed it can leave a ghost image that isn’t really there. Shadow illusions over checkerboards are another illusion used in perception trickery. Illusions involving distance also work well. Cube illusions are another.

Perspective bias is where the lighting from above comes from showing a direction of spin. The direction the spin takes seems to come from one direction more than the other. But, our brains are able to switch perceptions. Still, the bias remains. Is the bias itself something important to consider or argue about?

Remember the blue and gold dress social experiment? Notice how it caused bias between the two. One side fighting with the other to prove their perceptions to be true. Yes, these are small things to fight over. But, now use this experiment and apply it to other types of controversy and what do you get. Constant disillusion and social cognitive dissonance. No focus on anything substantial.

Different senses can also influence our perceptions and construct one seamless picture for all of them. It can adjust one sense or another to make things match.

Are you a wine connoisseur?

The Legendary Study That Embarrassed Wine Experts Across the Globe

In a sneaky study, Brochet dyed a white wine red and gave it to 54 oenology (wine science) students. The supposedly expert panel overwhelmingly described the beverage like they would a red wine. They were completely fooled.

The research, later published in the journal Brain and Language, is now widely used to show why wine tasting is total BS. But more than that, the study says something fascinating about how we perceive the world around us: that visual cues can effectively override our senses of taste and smell (which are, of course, pretty much the same thing.) 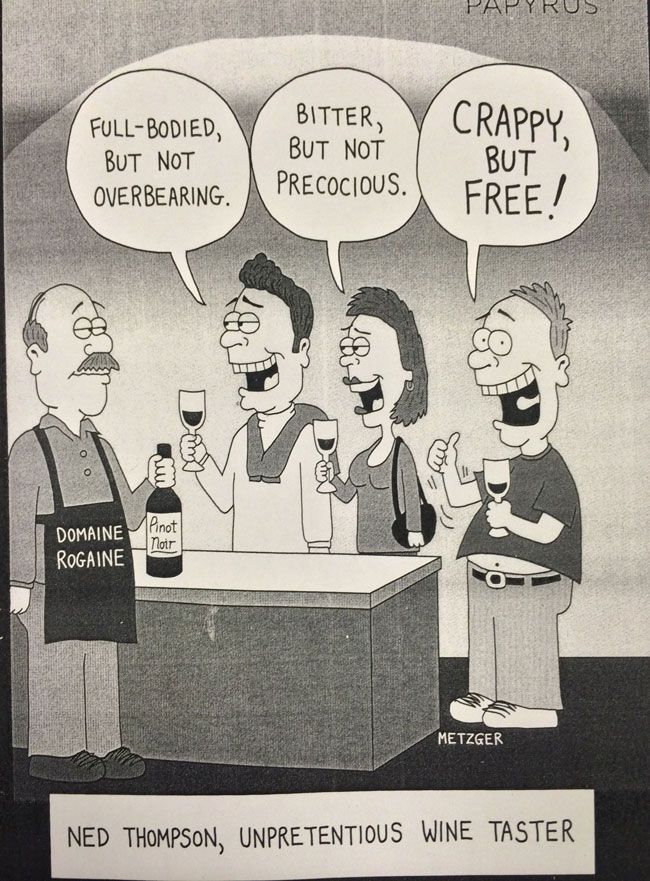