The Possibilities of Mass Communication

Meta Mega Projects Around the World

History Always Seems To Repeat Itself Like Clockwork. Please Post Historical Topics Of Interest Here That Have Defined Our Futures In A Variety Of Ways
Post Reply
8 posts • Page 1 of 1

Meta Mega Projects Around the World

Megaprojects are what keeps our world together. Especially on the geo economic and political end of the spectrum.

From canals, to bridges, roads, and more these projects of greatness have shaped cultural history.

Dirt is a huge commodity the world over.

Aboard the Giant Sand-Sucking Ships That China Uses to Reshape the World
Massive ships, mind-boggling amounts of sand, and an appetite for expansionism in the South China Sea: the recipe for a land grab like no other.

In China as elsewhere, dredging is used to build protective barriers against the rising seas, as the Ellis Island is doing, and to create valuable new real estate. But for China’s president, Xi Jinping, it is also an important geopolitical tool. Today, more than ever, dredges have the power to create land where there was none, altering the shapes of coastlines and the contours of countries. No nation has cultivated this power more zealously than China.

In recent years, China has assembled an armada of oceangoing dredges. Some it buys from Japan, Belgium, and the Netherlands. Increasingly, though, China manufactures them itself. China’s homemade dredges are not yet the world’s largest, nor are they any more technologically advanced than those of other countries, but it is building many more of them than any other country. In the past decade, Chinese firms have built some 200 vessels of ever greater size and sophistication. In 2013, Rabobank, a Dutch firm, declared that China’s dredging industry had become the biggest in the world, and it has only grown since then. Chinese firms bring in as much revenue from domestic dredging as is accrued in all of Europe and the Middle East combined.

Since 1985, according to Deltares, a Dutch research group, humans have added 5,237 square miles (13,564 sq km) of artificial land to the world’s coasts. China is a major—and growing—contributor to that total. 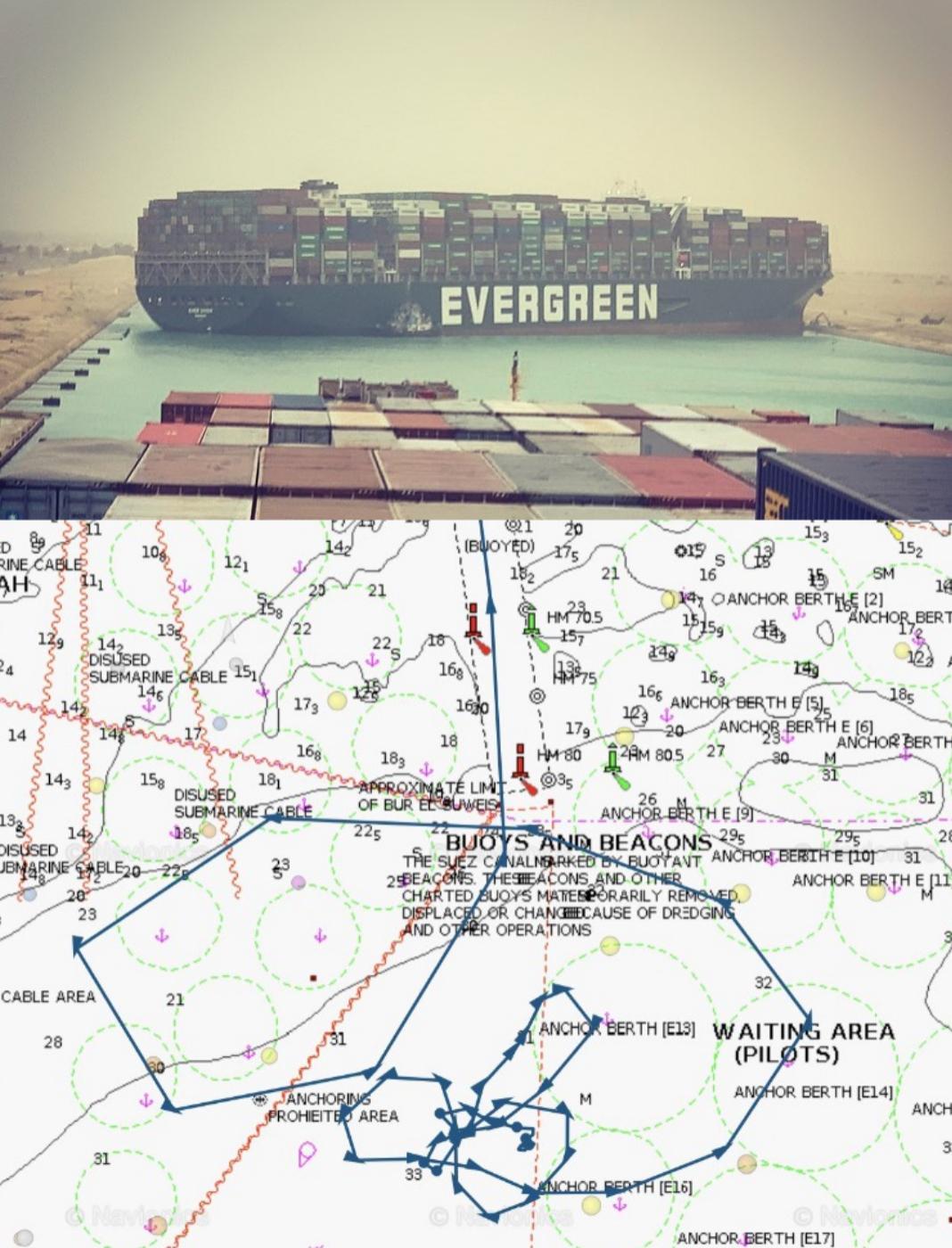 The Lucrative Business Of Waste Export

The global waste trade is the international trade of waste between countries for further treatment, disposal, or recycling. Toxic or hazardous wastes are often imported by developing countries from developed countries.

“All right, but apart from the sanitation, the medicine, education, wine, public order, irrigation, roads, a fresh water system, and public health, what have the Romans ever done for us?”

It's Time to Invest in the United States Rail System

“All right, but apart from the sanitation, the medicine, education, wine, public order, irrigation, roads, a fresh water system, and public health, what have the Romans ever done for us?” 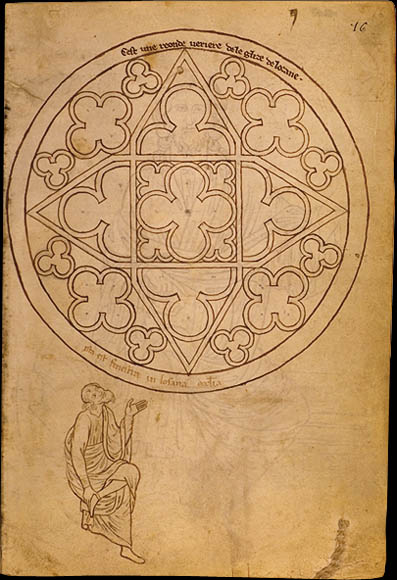 If thirteenth-century Hesdin was the first instance of Classical technology, preserved and evolved through its assimilation by the Medieval Islamic Golden Age, transmitted on-the-ground to Latin Europe, a notebook from the same time period left another significant legacy in the European consciousness for centuries to come. Whereas Hesdin’s fountains, marionettes, and water devices were reserved to an intrinsically-limited audience of elites associated with the ruling Capetian dynasty of France, Villard de Honnecourt’s carnet, his written notebook with its drawings could circulate much more freely, inspiring thinkers and engineers from a far wider swathe of Medieval society well through the Renaissance and beyond.

But who was the man who proudly put his name to a portfolio of immensely varied works? Nothing is known concretely about the person of Villard de Honnecourt beyond the surviving folios themselves which consist of thirty-three double-sided parchment leaves often with multiple drawings grouped on a single page totaling over 250 (full notebook can be seen at http://medieval.mrugala.net/Architectur ... php?page=1). Much of the scholarship written around his notebook characterizes him as an architect or master builder, though this has been challenged recently and lucidly (http://www.avista.org/villard/the-probl ... onnecourt/). The architectural drawings of the cathedrals of Reims and Laon in the notebook are master-studies of Gothic features which should by now be familiar

The global waste trade is the international trade of waste between countries for further treatment, disposal, or recycling. Toxic or hazardous wastes are often imported by developing countries from developed countries.


There are massive chemical dumps in the Gulf we know almost nothing about
In the 1970s, the EPA allowed chemical companies to dump toxic waste into the deep sea. Now, oil giants are drilling right on top of it.


A legacy of deep-blue dumping

Throughout much of the early 20th century, the U.S. government and industry treated the ocean as a bottomless pit, too vast and too deep for human pollution to leave a mark. This policy of “out of sight, out of mind” governed a number of decisions on dumping chemical and nuclear wastes, heavy metals, military ordnance and medical waste at dozens of sites off the Pacific, Atlantic and Gulf coasts.

More than 80,000 barrels of radioactive waste are known to have been dumped at several sites in the Pacific and off the East Coast. At one location off the coast of Los Angeles, as many as half a million barrels of the potent and highly toxic insecticide DDT are scattered across the ocean floor, as a recent Los Angeles Times investigation highlighted. DDT has been banned in the U.S. since 1972, in no small part because of Rachel Carson’s book “Silent Spring,” which helped launch the modern environmental movement.

The 1972 Marine Protection, Research and Sanctuaries Act sought to bring an end to unfettered ocean dumping and better protect marine ecosystems, severely restricting what can be disposed of at sea and where. However, a section of the law granted the EPA the authority to issue special and emergency permits so long as it could prove the dumping would not “unreasonably degrade or endanger human health, welfare, or amenities, or the marine environment, ecological systems, or economic potentialities.”

In the months and years after President Richard Nixon signed the bill into law, the newly formed EPA issued multiple permits allowing companies like Shell Chemical Co., DuPont, Ethyl Corp. and GAF Corp. to dump more than 2.5 million tons of hazardous industrial waste into the Gulf, largely from the production of plastics and pesticides. A second disposal location roughly 125 miles south of Galveston, Texas, is known as Site A, and the Mississippi Canyon area is known as Site B. Both are partially detailed in a lengthy 1975 National Academy of Sciences report on ocean contaminants. HuffPost also reviewed annual EPA ocean dumping reports and EPA-issued discharge permits that McCreery obtained via public records requests.

Samantha Joye, an oceanographer and microbiologist at the University of Georgia, has done extensive research and sampling in the Mississippi Canyon area in the years since the 2010 Deepwater Horizon oil disaster spewed more than 200 million gallons of crude into the Gulf.

But until she saw McCreery’s presentation in Tampa last year, she’d never heard of the chemical dump site.

Joye vividly recalls encountering a 55-gallon drum during one of her many dives in Mississippi Canyon and voiced concern about what she and her colleagues might have unknowingly handled while working with marine samples. Shell’s policy of maintaining a 33-foot distance from individual drums is woefully insufficient, she argues, as drilling disturbs a large area of the seafloor.

“It is a huge environmental perturbation,” she said.

Addressing this kind of ocean pollution is not without precedent. In shallow waters east of Boston Harbor, the federal government is in the process of capping an estimated 80,000 barrels of toxic materials, including unexploded munitions and radioactive waste, with several feet of sediment dredged from the harbor, the Boston Globe reported.

Capping the Gulf dumping grounds would likely prove far more challenging and costly, given their depth and distance from land.

A research expedition would allow scientists to better understand these forgotten Gulf junkyards. New testing methods provide the capability to screen not only for certain target chemicals, but for anything and everything, including unknown and novel compounds. Some answers could lie in samples stored in freezers in university labs around the country, just waiting for a fresh look.

Reddy views such sites as living laboratories that offer the chance to learn how organisms in extreme environments respond when bombarded with hazardous materials.

“I am fascinated with how nature wins or loses in this grand chemical battle,” Reddy said.

After years of development within SpaceX -- and after securing nearly $885.5 million in grant funds from the Federal Communications Commission at the end of 2020 -- Starlink's progress seems to be accelerating in 2021. In January, after about three years' worth of successful launches, the project surpassed 1,000 satellites delivered into orbit -- now, in May, the number sits just over 1,700. Earlier in February, Musk's company disclosed that Starlink now serves more than 10,000 customers. Now, the service is in the process of expanding preorders to even more potential customers, with people currently living without access to high-speed internet as one of the top priorities.

Return to “World History Events That Change Everything”